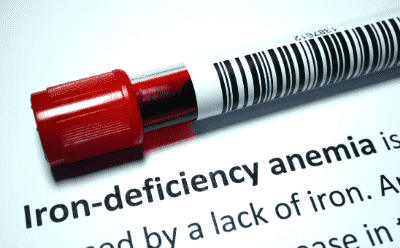 Disclaimer: Let me just remind you that I am not a qualified doctor and neither a professional scientist in the realm of sleep. I am a certified sleep consultant with a fascination for everything sleep-related and as a result, I follow and stay updated with new research in the field of sleep.

When I write posts like these, I like to make sure that I have evidence that has been evaluated to support my articles. But with this article, I am focusing on something with a bit less evidence and somewhat more of a ‘theory’. Nonetheless it is super interesting for anyone who may have a ‘restless’ baby.

I get so many parents telling me that they have a restless baby. And when I hear this, I have a few questions for these parents to determine if this may not be due a ‘sleep prop’. For those who may not know, a sleep prop is something that a baby relies on to get to sleep. Sleep props can include anything from breastfeeding to sleep, stroller rides, use of a pacifier etc.

Often, I do find that this is the problem and, once we address it, things get better within the space of a few nights.

But this is not always the case – you will find the exception to the rule. There are some babies who are more ‘restless’ than most and it goes beyond dependency on a prop. These babies just find it harder to get into deep sleep because they tend to toss and turn more.

The first I heard about this interesting theory was during the 2019 World Sleep Conference and I found it super interesting. I held back on writing about it as I felt there had not been enough research done yet. And although still in it’s early days of research, I thought that now may be the perfect time to share what I’ve learnt so far.

Did you know that iron deficiency or Anemia is one of the most common nutritional deficiencies worldwide?

Most of these cases are found in developing countries in Africa and Asia but the numbers in North America and Europe are still alarmingly high. There are approximately 2.8 million visits to doctors annually in the US where iron deficiency is the main diagnosis.

The point? A whole lot of people are not getting enough iron!

Somewhere along the line, you must have heard about something called Restless Leg Syndrome or RLS for short. If you have not, RLS (aka Willis-Ekbom Disease) is the feeling of needing to move the lower limbs which is often accompanied with a strange tingling sensation that some would describe as an ‘internal itch’. Moving around usually provides temporary relief and the symptoms occur more while lying down or sleeping.

According to the National Institute of Health, “In most cases, the cause of RLS is unknown. However, RLS has a genetic component and can be found in families where the onset of symptoms is before age 40. Specific gene variants have been associated with RLS. Evidence indicates that low levels of iron in the brain also may be responsible for RLS”

So, here’s the million-dollar question – could RLS be the thing that is preventing some babies from getting the sleep they need as is an iron deficiency the cause?

It may seem a bit far-fetched and that is the reason why I made it clear right at the start that at the moment it is still just a theory. But there is more information that we need to look at in my opinion before we just push it aside.

In a 2008 joint study from the Southern Illinois University and Carle Clinic Association, 1.9% and 2% of children and adolescents respectively were shown to have Restless Leg Syndrome. A 2020 study from the BC Children’s Hospital Research Institute entitled Iron deficiency and sleep – A scoping review, found that iron supplementation was tremendously effective in treating a number of sleep disorders, including RLS. Sample sizes were small, and the data collection process leaves a little to be desired, but it’s still a good indication that iron plays a big role in the quality of sleep.

RLS is not like other diseases that can be picked up by certain markers or proteins through a test. It is mainly done by your GP when he evaluates the symptoms presented by his patient. This is also the reason why the only people who have been diagnosed are those able to describe what they are feeling and experiencing.

So you guessed it, this excludes the little people as found in a 2005 study.

Let’s go back to the 2019 World Sleep Conference where one of the speakers highlighted the theory that RLS or a similar disorder might be playing a role in some babies who seem to be more restless than others.

Restless Sleep Disorder, as researchers have described it, hasn’t yet been researched enough, but evidence thus far, suggests that it could be an early variant of restless leg syndrome which in some cases could be caused by insufficient iron levels. Or, as described in their conclusion, “We have characterized clinically and polysomnographically children with RSD and attempted a new diagnostic category. We also have identified an association between RDS and iron deficiency. Future larger studies are needed to confirm these findings and evaluate the natural progression of restless sleepers.”

Once again, I am not trying to offer medical advice. I just felt that the whole research in this field is extremely fascinating and I wanted to share this with all of you. If you have one of the more ‘active’ sleepers, it could be worth your while to chat to your pediatrician about checking your baby’s iron levels. It may not be the cause of their sleepless nights, but anemia is something you would want to get seen to sooner rather than later.

If you are on the other end where you baby relies on a sleep prop to get them some zzzzz’s, I am here to help you with that problem. It may be a bit more ‘difficult’ than giving them an iron supplement, but I can promise you that it will be well worth the effort to get you and your family the sleep you deserve.